Currently, Kuta a.s. is owner of these properties 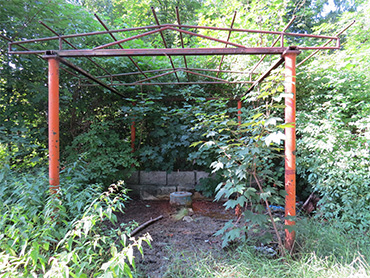 VCH 1 near Velké Chvalovice
According to historical sources indicate that in search of water for factory use Pečecké sugar refinery, was here in 1912, found at a depth of 87 m mineral water. It was subsequently commissioned bottling of mineral water called. Pečecké Kysybelka. Probably in the postwar period was liquidated bottlers, the devastation of the entire system, and temporary abandonment sources of mineral water. In 1966, the newly arranged around the hole and then again deteriorated. Currently on a plot of 1,200 m2 located hydrogeological borehole with mineral water "Kysybelka". In 2014 we ran successfully complete cleaning and opening the borehole. Work to ensure professional company INGES, collecting the mineral water was subjected to analysis and the other intent on the whole borehole is.